Back to Blog
27 December 2019Lifestyle

With New Year’s Eve fast approaching, millions around the world are gearing up to celebrate with their family and loved ones. Yet, the annual festivities that may seem commonplace in one country aren’t necessarily the same in another. From eating a grape for every strike of the clock at midnight, to sporting red underwear for extra good luck, here’s a selection of notable New Year traditions around Europe—provided by our N26 employees. Take a look! 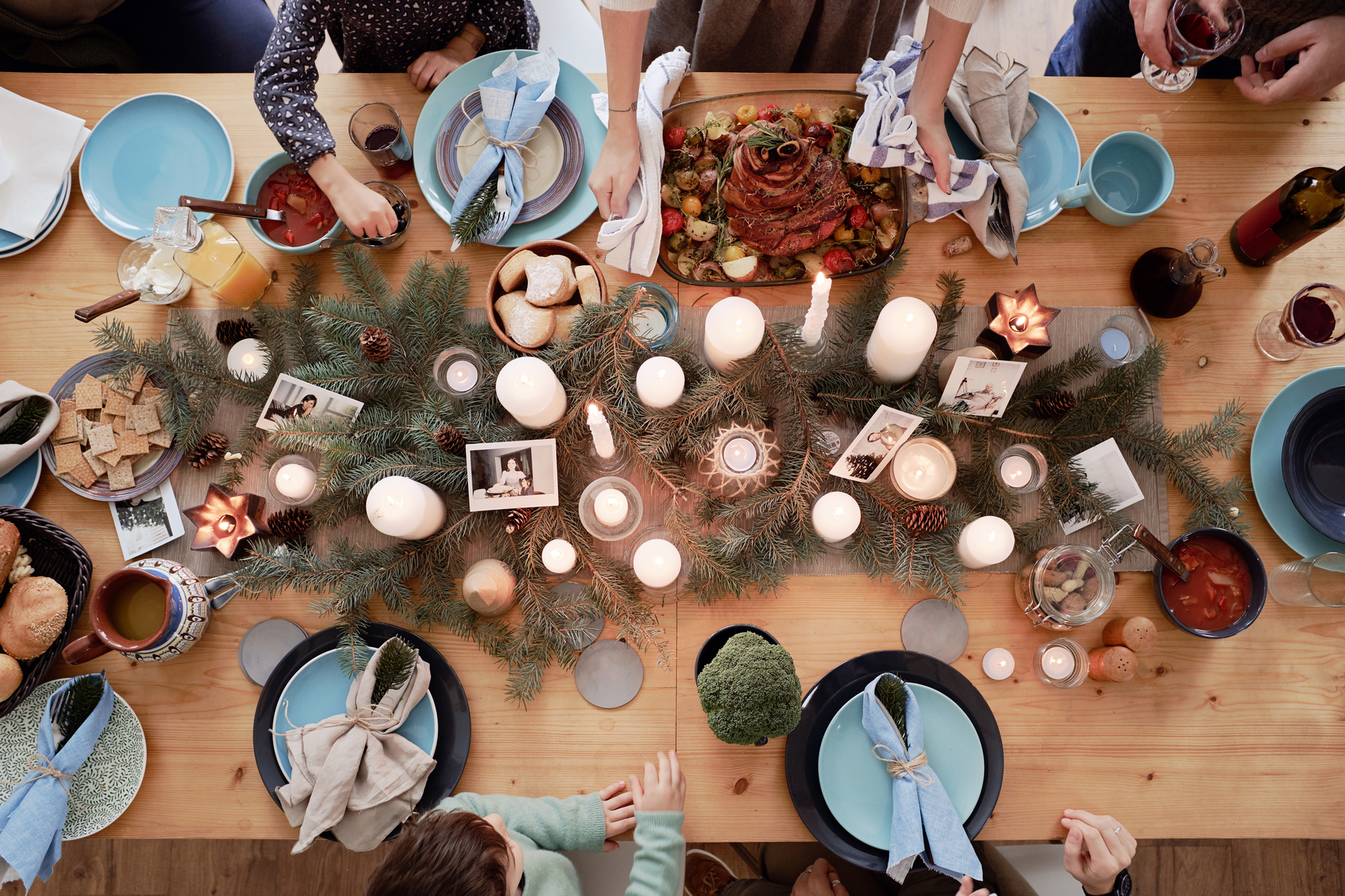 New Year’s Eve in Germany is pretty straightforward, and most people choose to spend time with their family and friends to welcome in the coming year. Usually, there’s a sit-down meal, and while many bring out a fondue for the occasion, others prepare a huge table spread of meats, vegetables and cheeses—all to be consumed over a few hours.

Once the evening is in full swing, entertainment is typically provided in two ways (well, three if you’re also counting alcohol!) Firstly, many watch the classic movie “Dinner For One,” a comedy skit that shows a butler impersonating his employer’s dinner guests. And then, there’s Bleigießen, a practice that sees molten lead being dropped into water to predict the fortunes of the coming year. Although understandably—due to recent EU health warnings against contact with the material—people are increasingly skipping this practice.

When it’s almost midnight, you’ll find Germans usually getting ready to watch a grand display of fireworks at the Brandenburg Gate in Berlin on TV, or they light sparklers and send off their own. And of course, once the 10-second-countdown is over, a bottle of champagne never goes amiss. 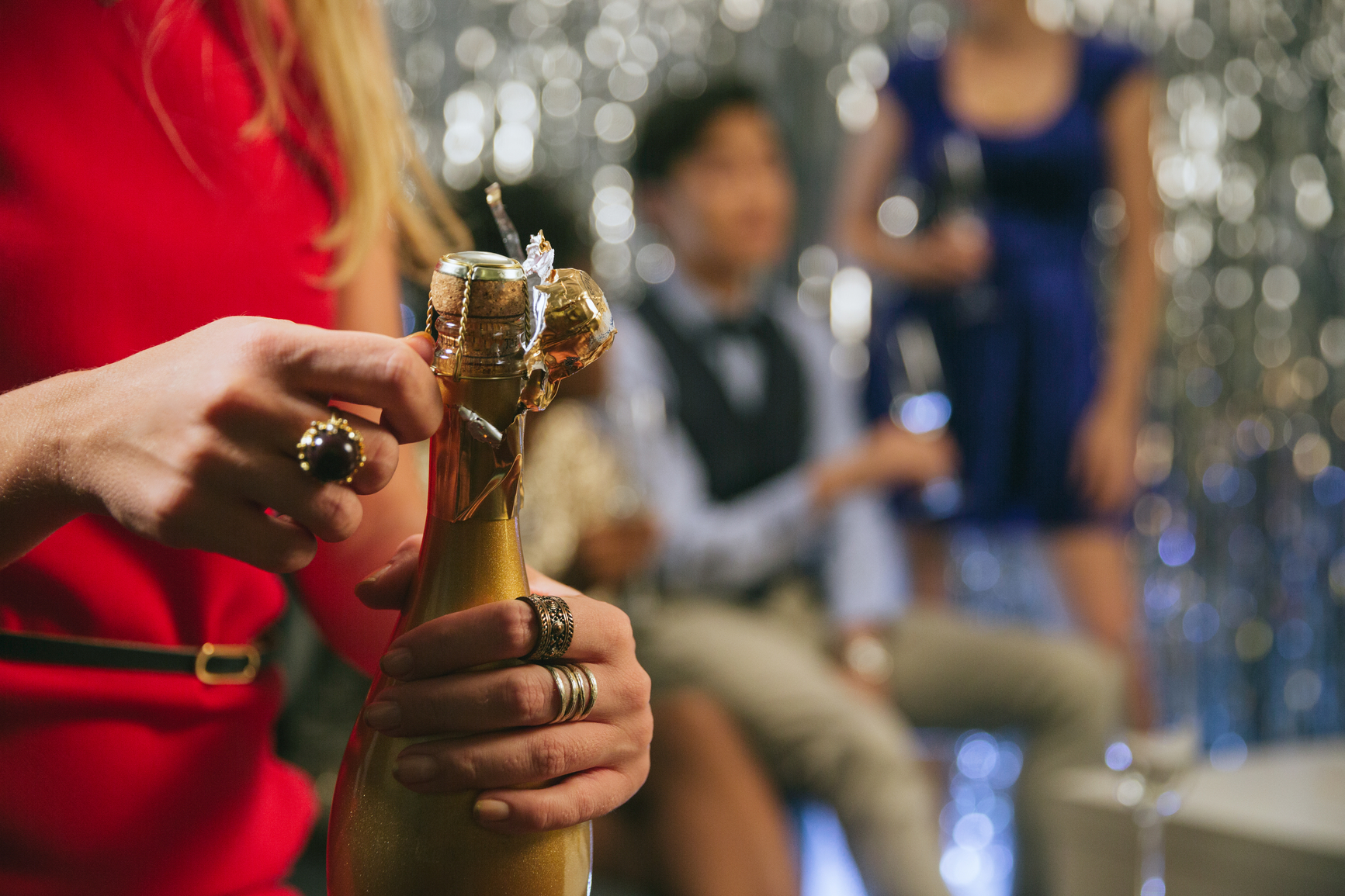 The French usually dress up to celebrate New Year’s Eve. There’s even a expression relating to this: “se mettre sur son 31,” which literally translates to, “dress up like it’s December 31.” Of course, while this is not obligatory, it’s probably a good idea to ask whoever is hosting your evening how fancy they expect their guests to be.

When it comes to food, the most common French dishes for New Year’s Eve are foie gras, seafood or meat, accompanied by champagne and wine.

Unlike other countries around the festive period, the French actually kiss under the mistletoe on New Year’s Eve. Historically, this tradition originated from the Celts centuries ago, who believed that this would bring luck. 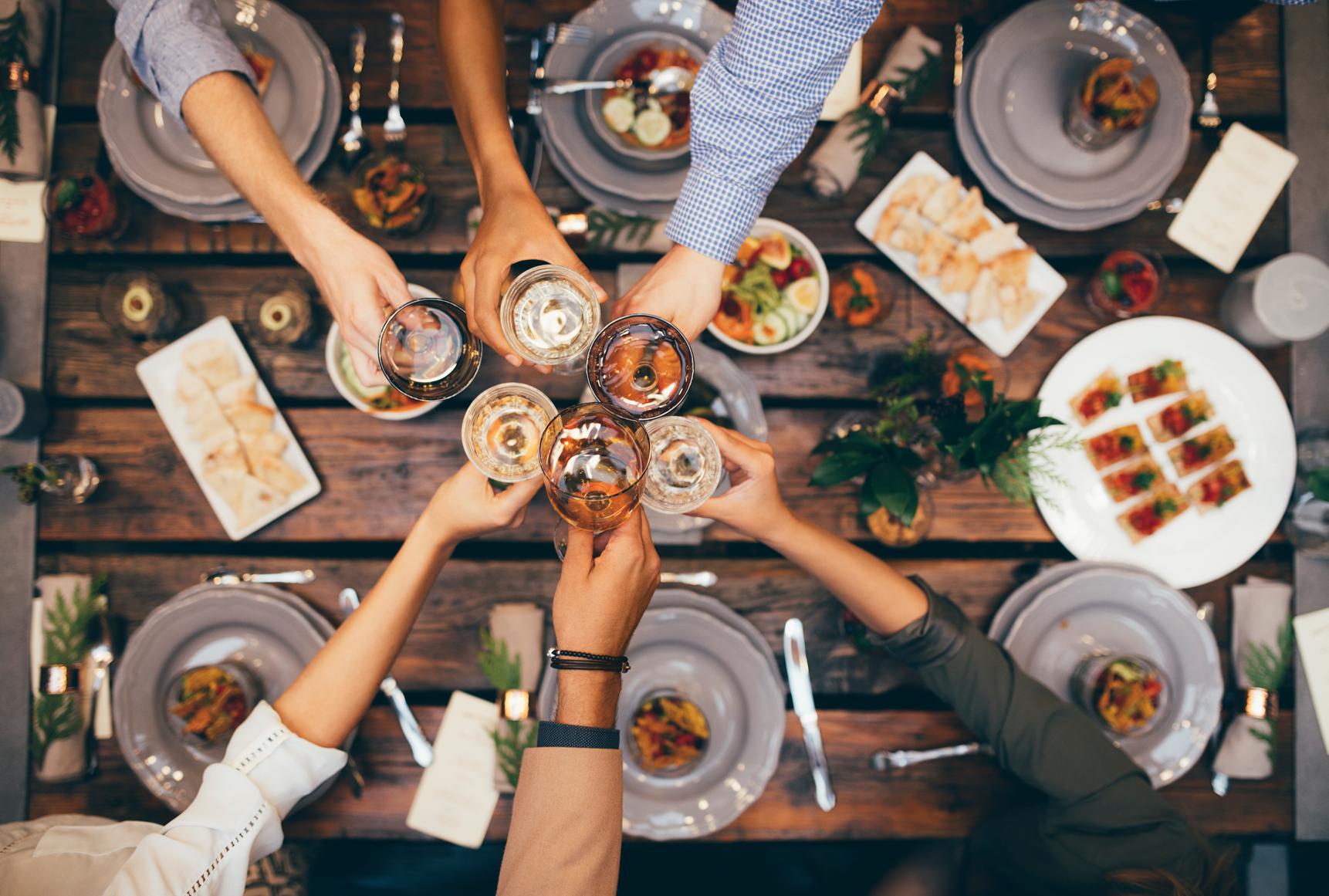 As is the case for most holidays in Italy, Italian New Year’s Eve mainly revolves around food. On December 31, Italians traditionally sit down with their loved ones for a huge meal—after all, the Italian word for a New Year’s Eve dinner is cenone, which means “big dinner.” Antipasti and dessert may vary but, whether you have your cenone at home or at a restaurant, there’s a dish that will always be on the menu—cotechino, a large pork sausage, with a side of lentils. According to tradition, if eaten before midnight, this meal will bring good luck and wealth in the new year. Why? Well, due to their round shape, lentils resemble coins, while the fattier cotechino represents abundance.

When midnight strikes, Italians ring in the new year with a glass of prosecco and by giving all of their family and friends a double kiss on the cheek. Then, everybody goes out to enjoy the fireworks—Italians love them, and almost every city or town has their own display on New Year’s Eve.

Oh, and don’t forget. If you’re planning to celebrate New Year’s Eve in Italy, remember to wear red underwear! According to Italian tradition, this also brings you good luck in the new year. 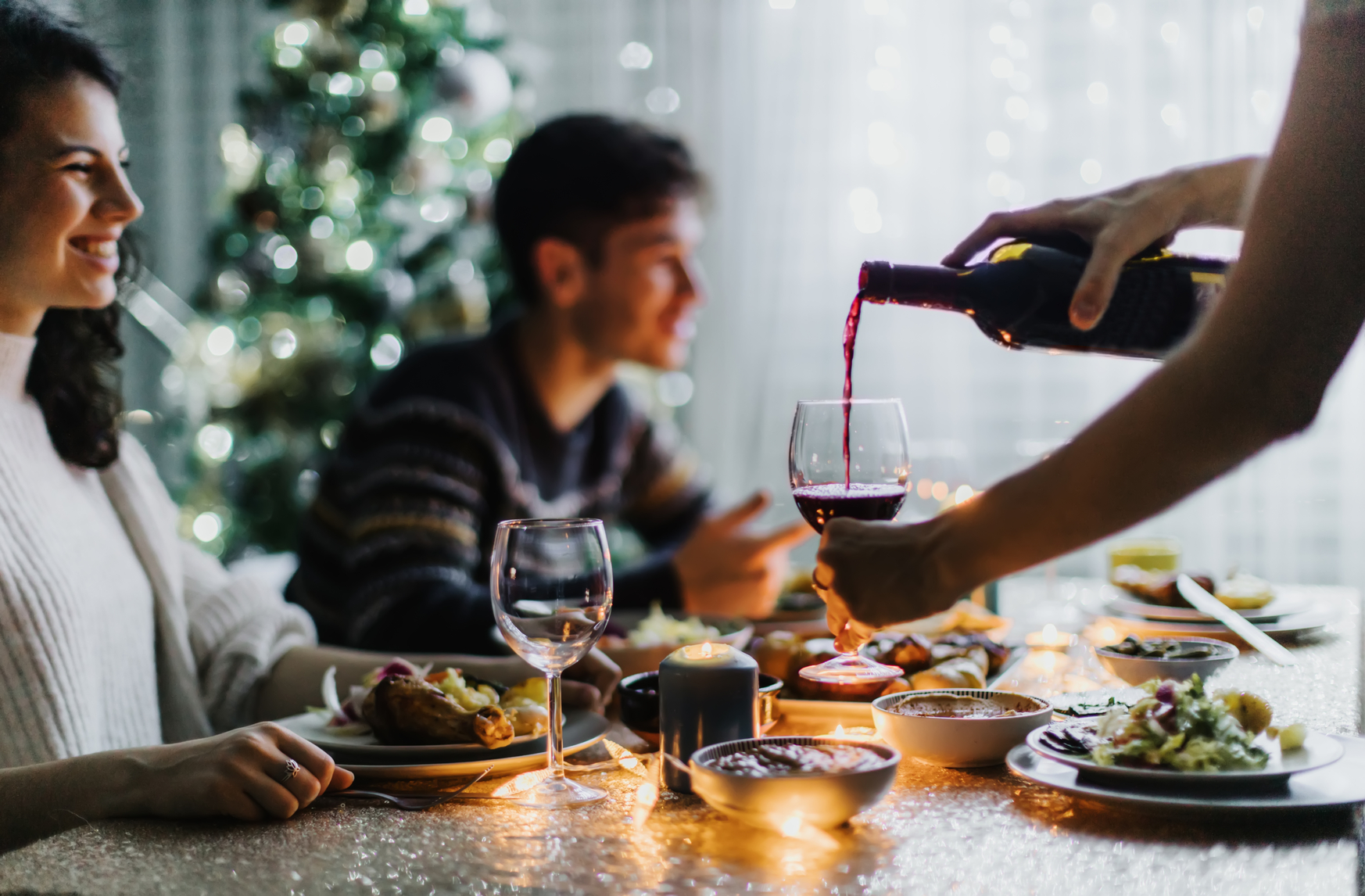 New Year’s Eve in Spain is just as special as in other European countries, and marks a time for Spanish people to really embrace their traditions. Whether it’s with family or friends, most people usually gather together for dinner and get ready to let off some steam. In Madrid’s La Puerta del Sol—the main square of the city—thousands of people gather to bid farewell to, and welcome the new year. And yes, despite it still being quite cold in Madrid on December 31, nothing stops the party.

Just before midnight, everyone gets ready for the ‘12 Lucky Grapes’—a very special tradition that consists of eating a grape with each clock bell strike from the church tower in the La Puerta del Sol. And it isn’t easy—you have to be quite fast to eat them to avoid losing out in the coming year. As it’s such a special event, all TV stations broadcast the celebration from Madrid— even those that live on the Canary Islands, which is in an earlier timezone, get to watch the ceremony on TV when it’s repeated at 1am.

Finally, just like in Italy, it’s commonplace to wear a new piece of red underwear on New Year’s Eve to attract good luck. The Spaniards are quite a superstitious lot, so most people ensure they stick to this. 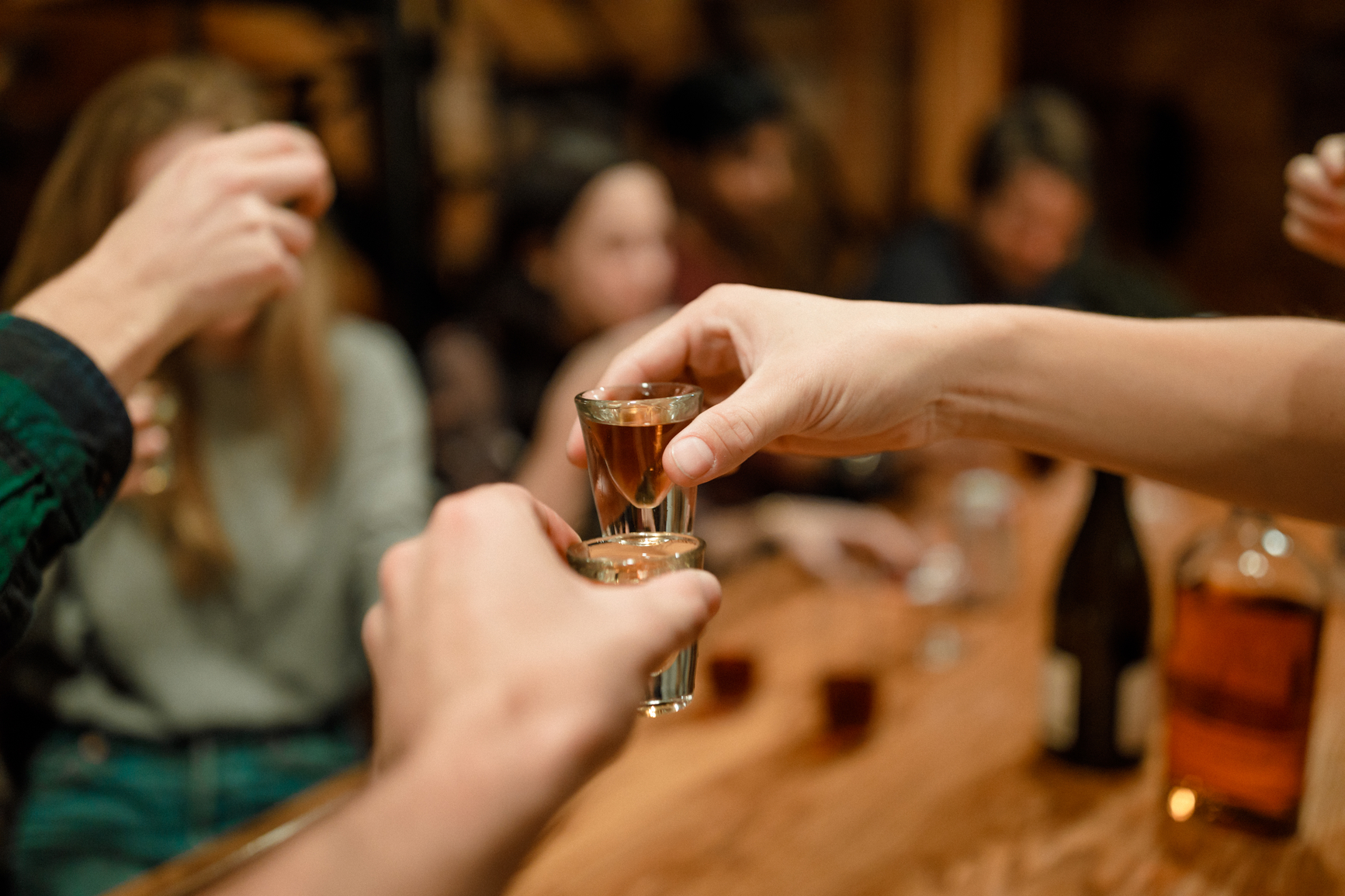 Famed for their love of a good party, Scots traditionally celebrate New Year—or “Hogmanay” as the locals call it—with a live band, a night of Ceilidh dancing (pronounced ‘cay-lay’), and a few whiskies to get everyone in the mood. Most of the routines are simple partner dances led by a Master of Ceremonies who shouts out the dance steps to help keep the pace of the lively, upbeat music. At midnight, everyone in the room joins hands in a circle to sing Auld Lang Syne, and runs into the middle towards each other for the chorus. Wearing a kilt is highly recommended, and prepare for things to get rowdy!

If you’re not much of a dancer, ‘First-Footing’ is another Scottish Hogmanay tradition, where one family will visit their neighbours or nearby relatives just after midnight with the idea of being the first people to cross over the threshold of their home. Often, first-footers will bring small gifts like sweets, coins (and of course, whisky!) to symbolise bringing happiness and prosperity for the year ahead.

Your money at N26

Wherever in the world you choose to celebrate New Year’s, your N26 bank account takes the stress out of travel and is the perfect companion for on-the-go. Enjoy free withdrawals in euro all over the world, and zero foreign transaction fees, and never lose track of how many glasses of champagne you buy thanks to instant push-notifications.

Money in the time of COVID-19: tips for better managing your finances

How budget spreadsheets and worksheets transform your finances