Berlin - A new study has ranked the most stressful situations for the human brain, revealing that financial strain is now comparable to a major life event like a difficult breakup.

Experts have revealed that the stress of going through a divorce or break up (highly stressful for 91% of people) was found to be similar to the prospect of losing a job (90%) or an unexpected cost such as a broken boiler (90%). These difficulties were closely followed by other money worries, including a credit card being declined (88%) and a missed mortgage payment (86%).

The study, which was commissioned by European digital bank N26 to understand the role money and finances play in causing stress, will enable the bank to help customers by taking responsibility for reducing finance stress. Led by neuroscientist Dr Jack Lewis, it put 1,000 participants in Europe and the US through an Implicit Reaction Test (IRT*). The assessment determined whether stress was high or low across a series of common circumstances. The beauty of the implicit test is that it measures attitudes and beliefs that people may be unwilling or unable to admit.

Further analysis of the global data highlighted major variations in how different genders and nationalities experience stress. When it comes to gender, while women are more likely to feel stressed overall, they find financial stress less worrisome than men. In fact, 58% of the most stressful scenarios were financial for men, compared to 47% for women.

Closer to home, German men and women agreed that the top most stressful scenario was having big arguments. Interestingly, the thought of getting a pay rise - although overall a stress reducing scenario - is almost twice as likely to incite a stressful response from German women (21%) compared to men (12%).

Americans are the least stressed in general overall with the Italians feeling the most stressed, followed by Spaniards. Germans are the most chilled about their bank balance although still almost half (44%) say checking it is stressful.

The study also asked participants about their sexual relationships. In Germany, younger people - those aged 44 and under - are almost twice as likely to feel stressed by sex (23%) compared to over 45s (13%). In comparison, nearly 1 in 4 Americans found sex stressful (22%). The most chilled out nation when it comes to sex? Italy, where just one in 10 (10%) found the idea anxiety-inducing. 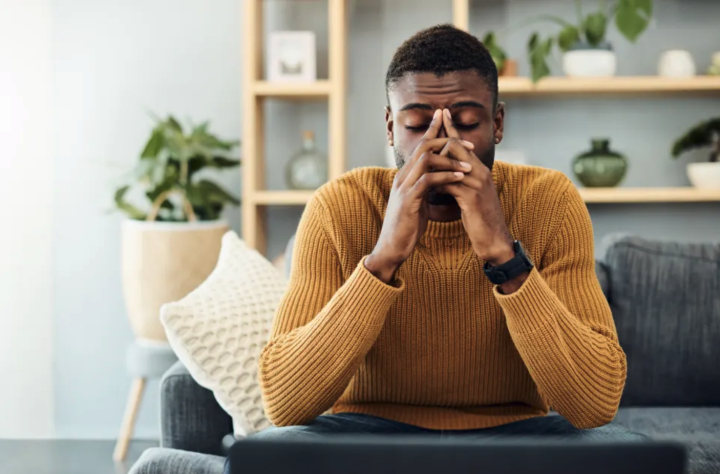 Dr Jack Lewis, neuroscientist and author of best-selling book Sort Your Brain Out, said: “The stress hormone that has been studied most intensively is cortisol, released from our adrenal glands in responses to commands sent down from the brain, to sharpen reaction times and focus the mind to help deal with the problem at hand. Too little cortisol released into the bloodstream and people struggle to get motivated. Too much cortisol and they feel perpetually wound up and ready to act, but unable to think straight and make good decisions.”

“To keep cortisol levels in the so-called ‘Goldilocks Zone’ the trick is to know which stress management techniques work best for you personally, to continuously hunt for new ones and most importantly, to use them on a daily basis. This last part is the hardest of all to master, particularly given the external stress of the last year, which has seen more arguments, more breakups and an increased fear of losing our jobs and income. But get the balance right and you’ll successfully be able to get back in control.”

Georg Hauer, General Manager for DACH and Northern Europe at N26, said: “2020 was a stressful year for everyone and it left a lot of us feeling strung out. We wanted to understand how much financial worries were affecting everyday life, and the results showed that people are really feeling the heat.”

“When it comes to handling stress, everyone needs effective ways to cope. Just as therapists or relaxing on holiday might help people cope with a break-up, people need more support when it comes to their finances. Unfortunately, people are often reluctant to open up about their troubles with money. That’s why banking needs to be simpler, more transparent and more flexible. At N26, we feel it’s our responsibility to help our customers reduce their financial stress. Research like this is important to point us in the direction of how and where we can focus our efforts in that ambition.”