The 12 Best Places to Study Abroad

So you want to immerse yourself in a new culture, broaden your horizons, and study abroad? The next logical step is figuring out where to go.

Do you crave the excitement of a big city or do you prefer a quieter vibe? Are you longing to study beach-side or looking to explore world-class museums on weekends? Whether you’re a vibrant metropolis or a quaint, historic town kind of person, we’ve put together a list of the 12 best places to study abroad, spanning six carefully chosen countries from all corners of the globe. 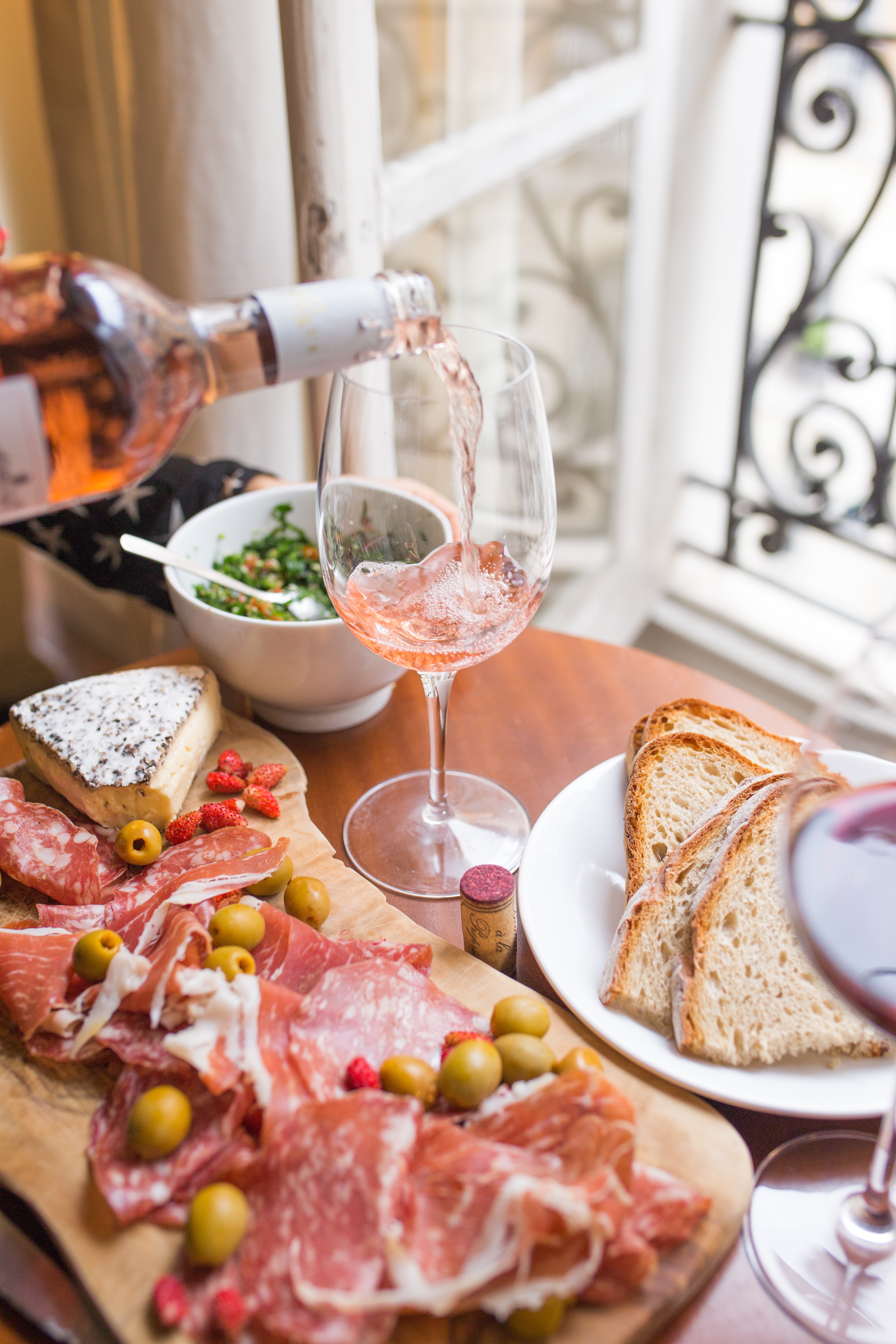 France is the world’s busiest tourist destination with 89 million visitors each year — that’s 9 million more than the US. And of course, France’s charm is obvious: From picturesque villages, to vibrant cities, to relaxing beaches, and Alpine mountains, this is a truly one of a kind destination full of history, culture, and beauty. With a recognized education system and reasonable tuition fees, this is also easily one of the best places to study abroad.

The French capital is as dynamic as it is captivating, thanks to an abundance of museums, monuments, restaurants, cafes, and parks. Offering a staggering 12 world-ranked universities, Paris is an attractive, culturally rich environment for students of all disciplines. You may find yourself studying at the historic Bibliothèque Sainte-Geneviève, or walking down the streets of the Left Bank. As an added bonus, according to QS, the cost of living in the city is decreasing each year.

Despite its modest size, Montpellier is a hugely popular destination for studying abroad. In fact, L'Etudiant magazine ranked it the third best city for students in France. Quality of life is second-to-none; located in the Occitanie region, residents can enjoy Mediterrean weather and proximity to relaxing beaches. For those seeking an authentic French experience, Montpellier is a great destination, as it’s relatively untouched by tourism. You’ll be happy if you’d prefer to stay within academic circles, too — students make up a third of the city’s inhabitants. 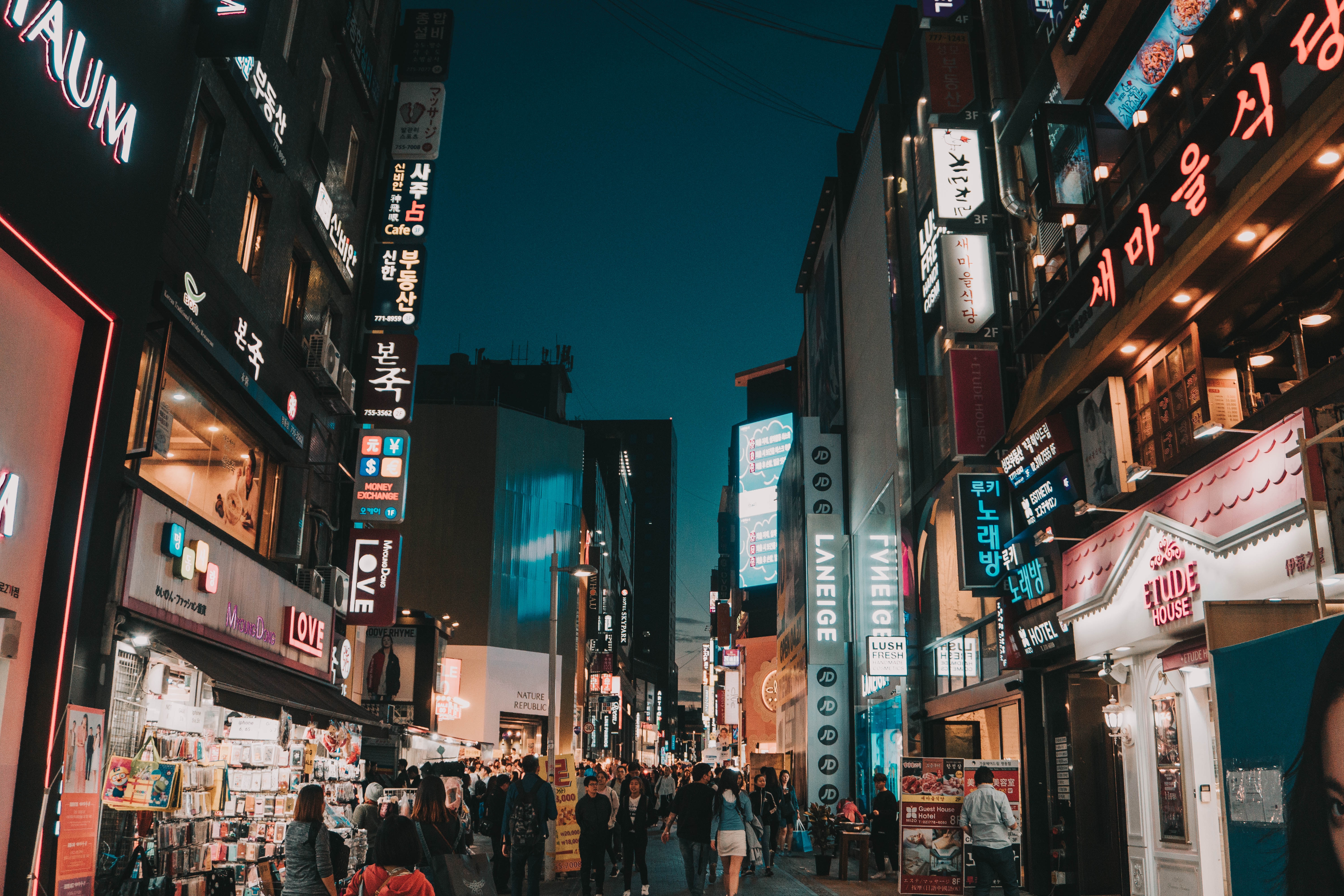 The East Asian nation is emerging as a top destination for students and has become one of the best places to study abroad. South Korea has invested heavily in education and research, and boasts a number of top universities. Whether you’re exploring the high-tech hustle of city life or finding inner peace at ancient an Buddhist temple, South Korea has something for every taste. Due to South Korea’s size and impressive high-speed train infrastructure, wherever you are based, all areas of the country are accessible.

South Korea’s capital ranks as the 10th best student city in the world according to QS World University Rankings. Seoul is the perfect combination of old-world meets new, with ancient Korean culture seamlessly coexisting alongside advanced technology. Many compare Seoul to an affordable New York City, making it an ideal alternative for money-conscious students seeking some urban excitement. And karaoke. Lots of karaoke.

Dubbed the “Silicon Valley of South Korea,” Daejon is one of the best places to study for science and technology students. It’s home to KAIST (Korean Advanced Institute of Science and Technology) and has 200 research institutes and headquarters for big-name companies, such as Samsung and LG. When not in class, you’ll be able to explore stunning mountain forests on the outskirts of the city, or take a quick 50-minute train-ride to Seoul. However, given Daejeon’s stunning nature, delicious food, cozy cafes, and welcoming locals, don’t be surprised if you don’t want to leave. 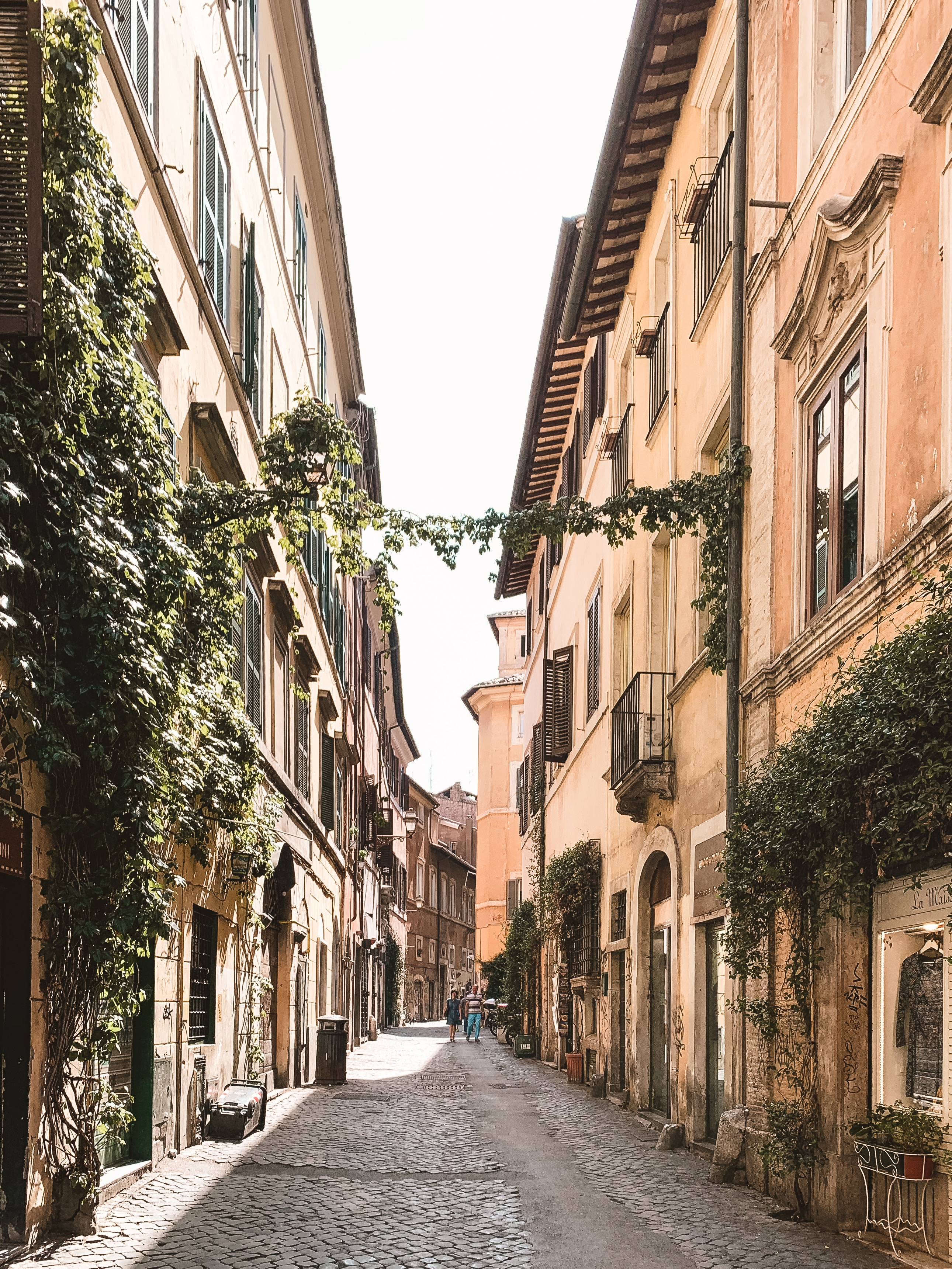 Italy is one of the best places to study in Europe when it comes to leading universities and culturally significant locations. As a country, it is a great spot for history-enthusiasts and art buffs with a record number of sites listed on the World Heritage List. Charming villages, modern cities, a rich food culture, and world-famous wines, makes this a top spot for anyone looking to study abroad.

Rome is a living, breathing museum. The Italian capital goes to great lengths to preserve its history; so much so, that walking the streets, peppered with monuments like the Colosseum and the Roman Forum, is almost a walk back in time. Studying at one of Rome’s 24 colleges and universities will allow you to enjoy incredible coffee bars serving fine Italian espresso or prepare for summer exams while taking in the sunshine at the Borghese park.

Founded by Julius Caesar in 29 AD, Florence matches Rome’s rich history, despite being a fraction of its size. Florence is much more intimate and operates at a slower pace, which many find appealing. Classes at universities are often held in small groups rather than large lecture halls. Most of the Tuscan landscape is accessible by foot, too. And, if you’re looking for late-night snacks during exam season, “secret bakeries” open between 12am and 6am (if you can find them)! 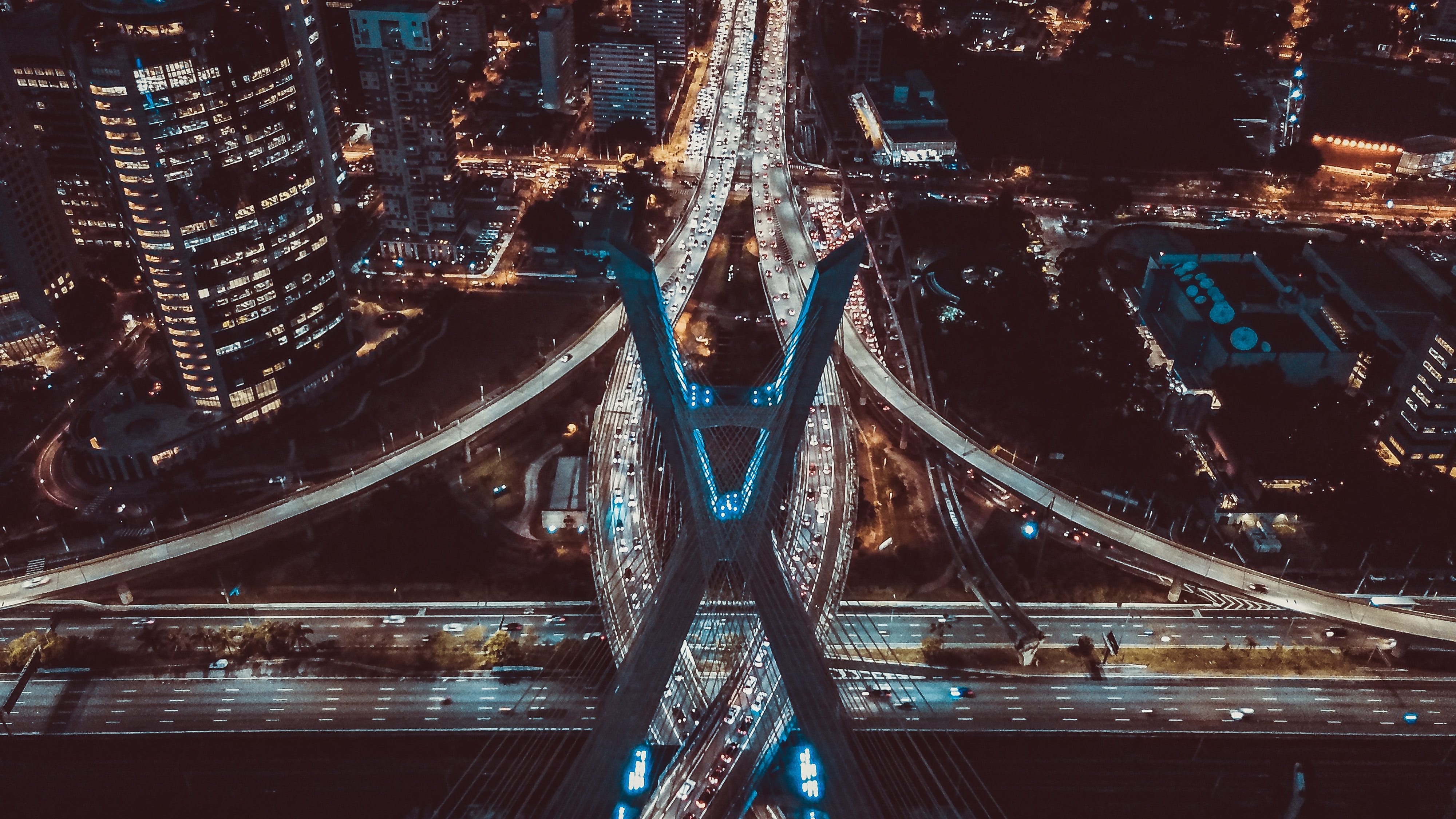 Brazil is the fifth largest country in the world, spanning almost half of South America. Its coastline alone covers over 4,500 miles. Thanks to a vibrant and colorful lifestyle, beautiful climate, and diverse cultural landscape, Brazil is one of the most unique places to study abroad. Plus, its universities keep climbing in the QS Rankings each year, and there are increasing incentives to attract international students, like the Brazil Exchange Bureau.

São Paulo leads Rio for two reasons: it is home to the country’s highest ranked university, Universidade de São Paulo (USP), and its crime rates are significantly lower. According to the Financial Times, South America’s largest city has seen a “breathtaking drop” in violent crime thanks to investment in public security. Safety reasons aside, the buzz of studying and living in São Paulo makes this one of the most dynamic places to study abroad, especially for those looking to party between quarters.

Florianópolis has one of the lowest crime rates in Brazil, making it an ideal place to study for students concerned about safety. “Floripa,” as it’s known by locals, is one of the fastest-growing cities in South America. If you’re looking for fun, The New York Times named it the “Party Destination of the Year” in 2009, and it ranks as the best place to live in Brazil, according to Veja magazine. If non-stop entertainment isn’t your scene, the subtropical island has something for everyone including stunning beaches, quaint fishing villages, lakes, and rainforests. 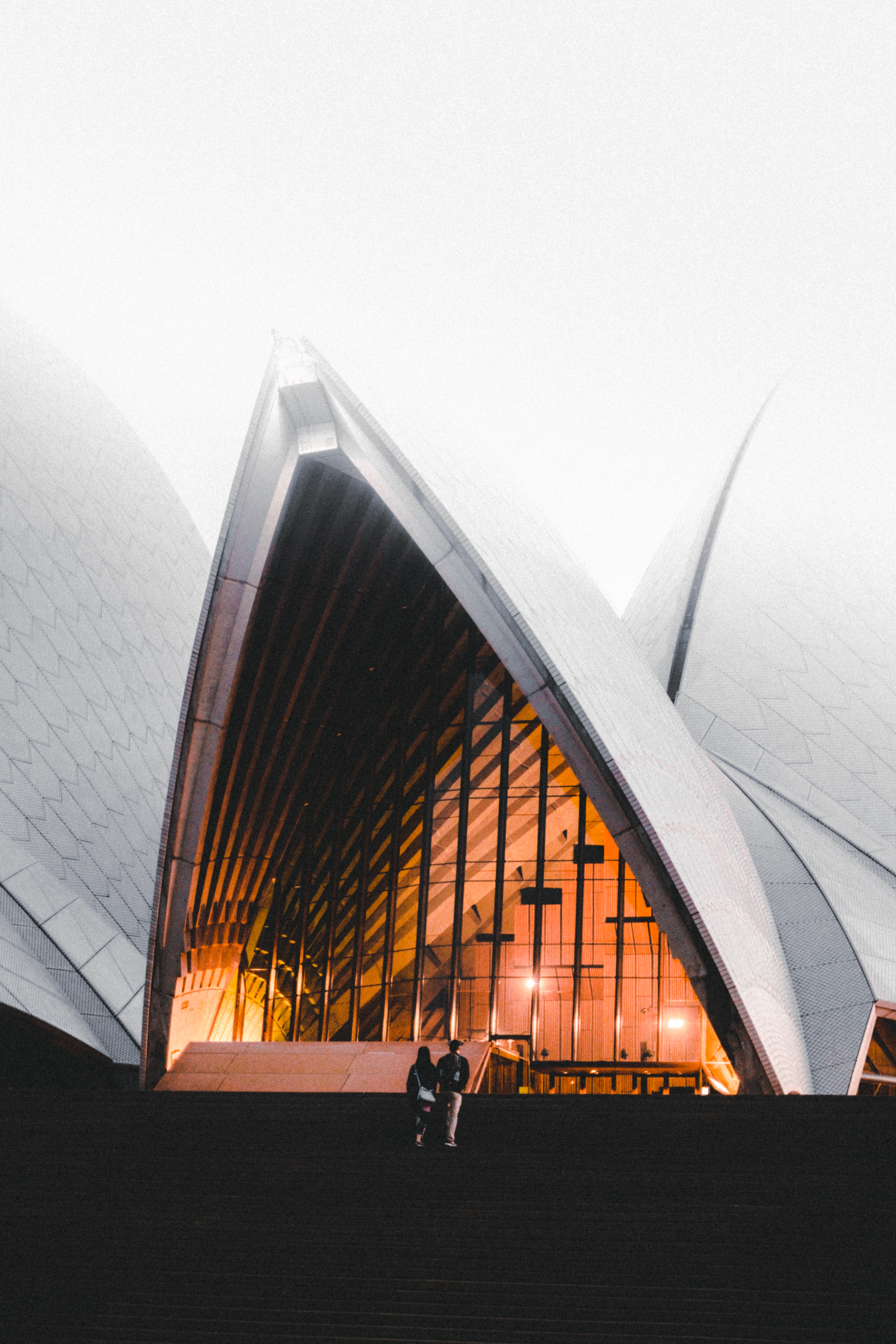 Australia’s incredible and diverse landscape makes the island nation an obvious contender for the best places to study abroad. You’ll be able to visit attractions such as the Great Barrier Reef, breathtaking national parks, koala sanctuaries, and even explore one of its 11,000 beaches. If quality of education is a priority, Australia is the third most popular destination for international students, and its universities rank 9th in the world, ahead of Germany, New Zealand, and Japan.

It’s rare for a large metropolis to marry the hustle and bustle of city life with the laid-back vibe of a beach town. Surf before lectures, meet students from all over the world, and receive a world class education, all while enjoying an average of 340 days of sun per year. It’s no surprise that Sydney is one of the most popular places to study abroad.

If you’d like the weather in Sydney but prefer more intimate cities, Hobart is the perfect choice. In the capital of Tasmania, the pace of life is slower and the quality of life is high. However, Hobart is far from a sleepy town. A growing number of creatives are drawn to the city’s art scene, particularly festivals including Dark Mofo and Mona Foma. Best of all, it’s perfect for students on a budget: Expatistan reports that Hobart is 20% cheaper to live than Sydney. 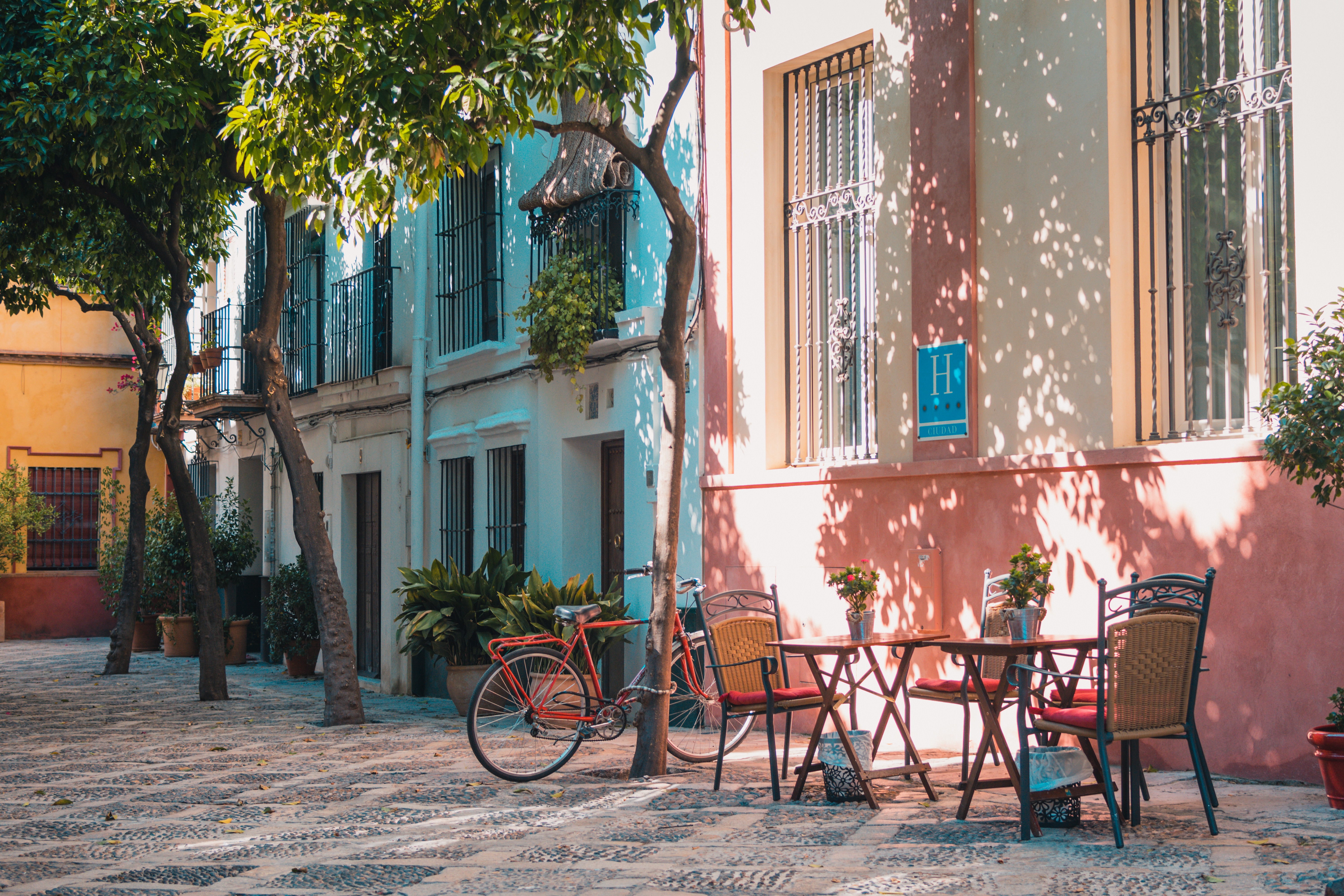 A coastline stretching 5,000 miles and offering 300 days of sunshine per year make Spain is an obvious destination for sun-loving students wanting to live in Europe. The country mixes vibrant cosmopolitan cities with quaint, historically-significant towns, offering something for everyone. Spain also happens to be the third most-popular student destination in the world.

After London and Paris, Barcelona is the third most visited destination in Europe. An added incentive for students is the perfect combination of city living with the ease of Spanish culture: You’re just as likely to enjoy the vibrant nightlife as you are to recharge with relaxed coffee-drinking and afternoon siestas. And if you need any more reasons to study in the Catalonian capital, know that the cost of living is surprisingly low compared to other major European cities.

Salamanca’s mixture of cafes, bars, quaint streets, and stunning architecture makes strolls between lectures a unique, and welcome experience. Rich in history, the entire city is listed as a UNESCO World Heritage Site, and the University of Salamanca, founded in 1218, is the oldest university in Europe. It’s easy to see why this hidden gem was named European Capital of Culture in 2002.

Students, meet banking designed for your mobile lifestyle. Opening an N26 account is fast, easy, and the perfect companion for anyone interested in studying abroad; with no foreign transaction fees, personalized savings goals with Spaces, and instant peer-to-peer transfers to anyone with an N26 account. Plus, the N26 app automatically sends you instant notifications on all account activity, so you’re able to keep track of your spending no matter where you are.

Maybe some of these will interest you

The 12 Best Places to Study Abroad